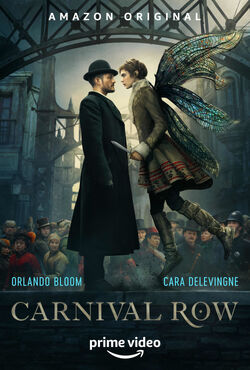 Orlando Bloom and Cara Delevingne star in Carnival Row, a Victorian fantasy world filled with mythological immigrant creatures whose rich homelands were invaded by the empires of man.

This growing immigrant population struggles to coexist with humans in the grimiest section of the city— forbidden to live, love, or fly with freedom.

But even in darkness, hope lives, as a human detective, Rycroft Philostrate, and a refugee faerie named Vignette Stonemoss rekindle a dangerous affair despite an increasingly intolerant society. Vignette harbors a secret that endangers Philo’s standing during his most important case yet: a string of gruesome murders threatening the uneasy peace of the Row. As Philo investigates, he reveals a monster no one could imagine.

get to know
Use your cursor to move around the Row itself and click on the lanterns to read more about its residents.
Watch 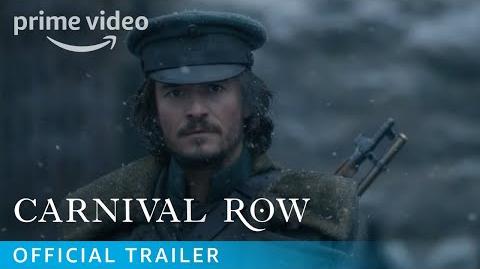 We're the official encyclopedia run and maintained by people just like you! Created by fans, for fans, the Carnival Row Wiki is dedicated to creating a comprehensive and informative resource about all things Carnival Row. Fair warning, though: you may encounter spoilers here, so be careful! 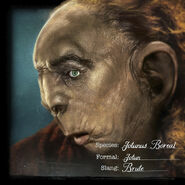 Tall and thicker-bodied, the Trow have a distinctive look. 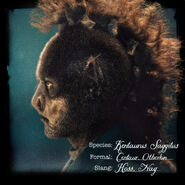 Known derisively as "hosses" and "nags", centaurs are a proud people 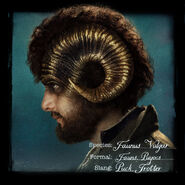 The faun include characters like Quill and Agreus amongst their number.

Community content is available under CC-BY-SA unless otherwise noted.
Advertisement