What's on your mind?

Obviously they are going for the traditional fantasy creatures.

Id be fine with dragons maybe, im not sure i want vampires and witches and if they show ghosts it needs to be in an afterlife setting, not these purgatory ghosts.

Um some more shapeshifters would be nice, not just werewolves.

I dont know if i want traditional angels, demons and gods. I like the interpretation of fairies being a form of angel with the wings and magic powers.

E.g. the world map, Vignette is Philos soulmate or the background story about Vignette (childhood etc.)

So I'd love to hear more about the references and what I missed :)

I'm a big fan of Carnival Row and I decide to create a clip for the excellent "Lora Lie Low".

I want to share here, don't hesitate to tell me your opinion ! I want to make more of them !

(sorry for my english !) 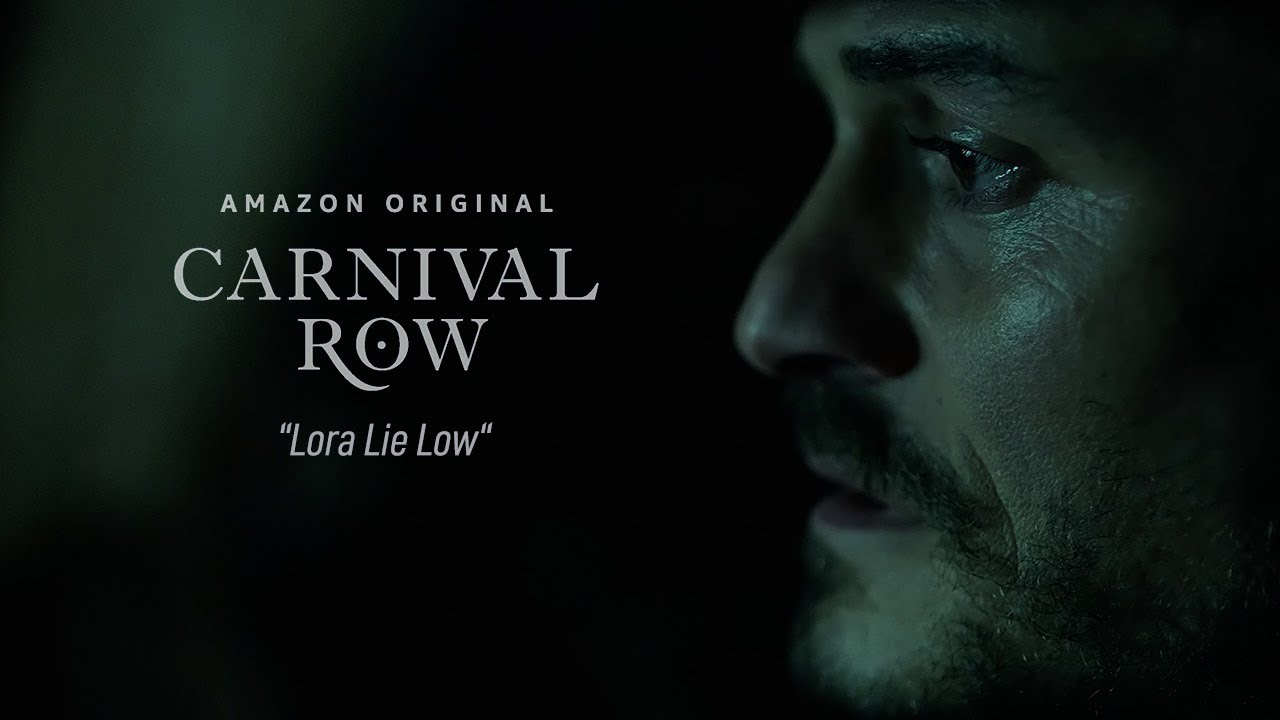 There are several pages referring to the weaponry of Carnival Row. They all conclude that the weaponry is identic with real-world weapons (mostly from Russia, Czech Republic or UK).

Can that be right? The world of Carnival Row is different to the real world (see maps!). It is another planet, a fantasy world. So the weapons may be "look like" any in real-world existing weapons - but they need not to be from such real existing factories.

As long as the production does not confirm the weapons are made by the said factories, I don't think, they should be called with the said names.

I have a question to anyone who watched Carnival Row.

When Philo visited the witch to create a darkasher she needed his samen. How did Piety Breakspear produced a darkasher ?

Has anyone gotten any info on the names of the days of the week and the month names or season names that they mention in the show? I love this kind of stuff, but I thus far haven't been able to make much sense out of what's been said. Is there a list anywhere?

Well I like the fact, that they get straight to the point. There is more than enough origin stories to support the backgrounds of each race(D&D). My only concern is how that universe coincides with ours. Other than that, there are some unnecessary things going on here. Overall, I'm loving it.

This was an okay show so far, it wasnt great but it wasnt flat out terrible, i will post my likes:

Philo is a great male protagonist, he is a very likeable guy to get behind considering most of the males in this show are very unlikeable

Vignette is also a very likeable female protagonist too but ill admit, her first couple episodes she was a bit annoying

I like her fairy friend, the character karla crome plays

I like jared harris character and indira varmas character(she made a great villian), sorry i forget some names, they are very hard to remember, jonah and sophie were alright i guess

Tamzin merchants character along with andrew gowers and david gyasis were okay but they felt more like a side story that didnt add anything to the main plot, i understood why the story was there but idk, it just didnt really add anything for me

The finale was the best episode imo

The dislikes are probably the lack of action and creatures, and i thought ronan viberts character could have had more screentime, he is an awesome actor who ive seen in some things, the police force were very unlikeable people, racists who have no right to be a police force

They took away the little creatures there were and imo there were too many fae and crick and they didnt even really have amazing abilities or anything, i thought philo being half fae would be like a demi god or something, he really wasnt, he didnt have any powers

The overall forced racism was a bit hard to take in at times, we get it, racism is bad and is basically the driving force for these types of show but did they have to make 99% of the characters into racists?, it makes them hard to like

As for my hopes for season 2, more action and creatures please

More new characters, preferrably creatures though which i think will be hard to do, correct me if im wrong but wasnt the whole cliffhanger that no one could get in or out of the row?, meaning it will be much harder for people to enter it

Perhaps redemption arcs but i think it will be hard cause none of the characters who are evil have that potential exactly in them, if they get redeemed its going to be a forced redemption

Maybe the one guy who was with his travelling band can actually make a better attempt to get his friends back with philo and vignettes help and since he is the adviseman for jonah, maybe he can talk some sense into the man that he needs to stop what he is doing

Carnival row because its not based on one single character or characters, i could see having the humans win in the end to make evil win which i dont want to see that but im not denying its impossible. So far im not that excited for carnival row season 2, that first season didnt exactly leave the best impression on me but it didnt leave the worst either.

Visually what an amazing program. Love the sets, CGI, and costumes. Definitely large budget. The story is a mess which makes Carnival Row so disappointing. Our characters have little depth and lots of the first episode seemed like it was just filler. I read that the later episodes are better and maybe more developed ? I hope it gets better, as I slog on.

How will the United States(timeline varies from maybe after 1918 till 2019 AD) affect The World when these Yankees having different races of humans being so high tech and war like nature? Like their military have the ability to fly on fighter planes to maybe fighter jets and their top of the line weapons manufacturers making everything that outclasses The World and even the Faerie species(before they are being hunted down).

Hope anyone can answer my what if question.

The first season of Carnival Row is now available for streaming!

For those who have finished the season, feel free to share your thoughts below.

Personally, I liked it. I had hoped it would be amazing, but it was solid. A couple shocking moments in there and overall a fun watch. I saw some comparisons to Penny Dreadful, or at least they were comparing the trailer to it. While I thought CR was good, it definitely ain't Penny Dreadful.

Hey gang, earlier this week, Amazon released a trailer for the upcoming show (not counting the sneak peek at SDCC). What are your first impressions? Like it? Hate it? Share your thoughts below! 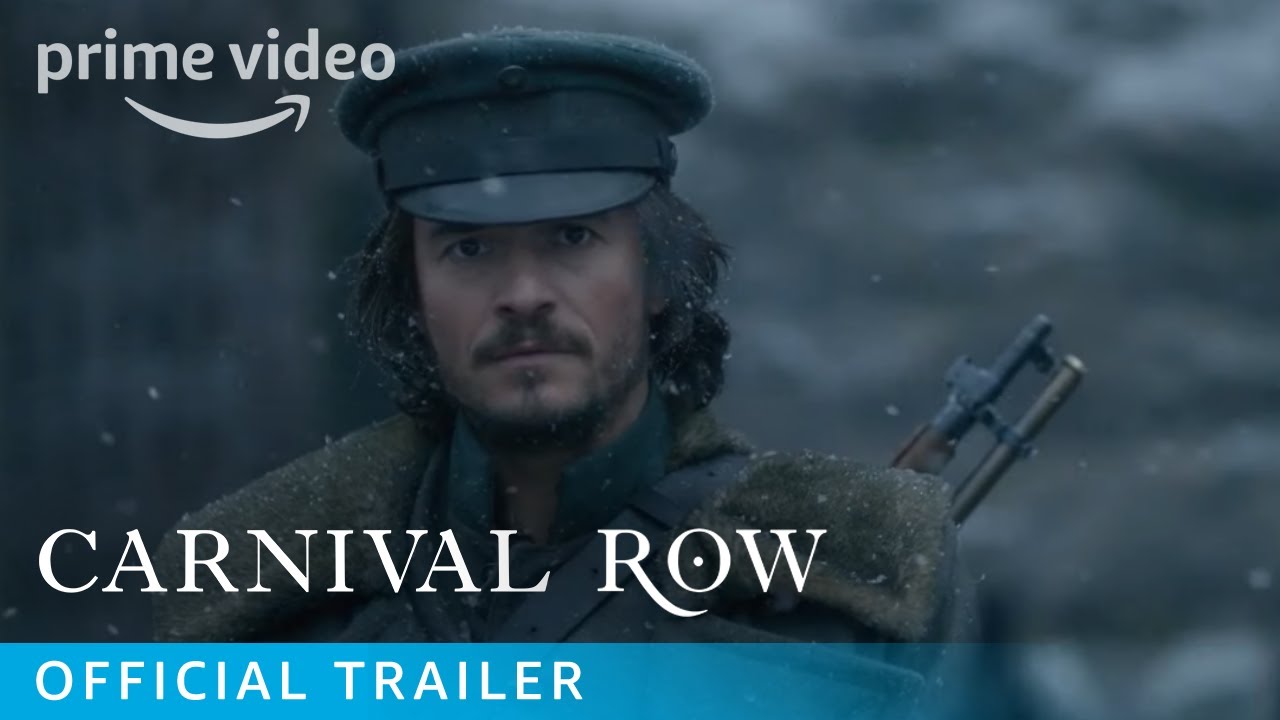